The Fed’s Stock Bubble Will Cause a Stock Market Crash 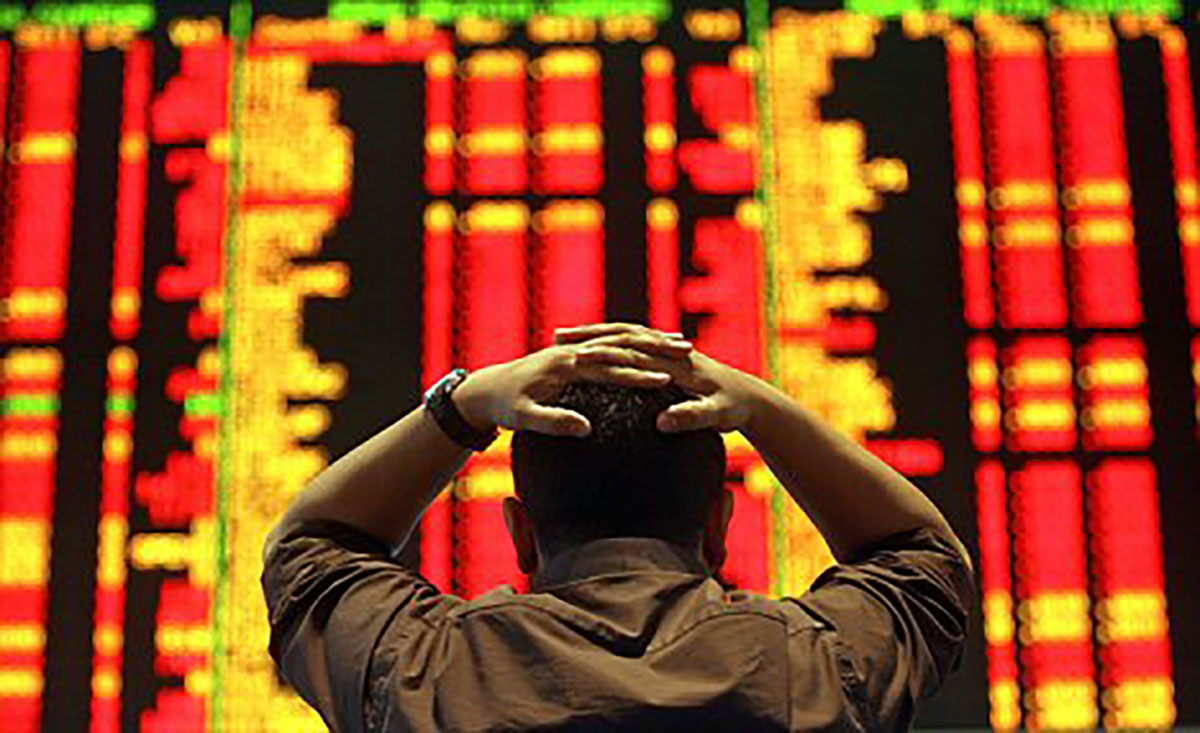 Is the US headed for a stock market crash? At first glance, it appears that stock markets set new records each month, and there’s no reason to expect it to stop any time soon, as long as the American economy continues in its recovery mode. It’s a time when even the newbie can make money, reminiscent of the days of the early 00s, during the tech and housing bubble. But have people become complacent and forgotten that bubbles eventually pop?

In an effort to repair the damage caused by the last stock market crash, the Feds have created two easy money policies to benefit the investor.

It’s been over six years, yet the US Federal government has kept short-term market interest rates at 0%.

But this wasn’t all they did in an effect to repair damage from the market’s early millennium fracture. They also made an effort in their QE—Quantitative Easing—programs. The Federal Reserve used trillions of US dollars to flatten bank debt, purchase treasuries, and other mortgage backed securities. This was all in an attempt to force long-term interest rates to remain low, and keep them there, in an attempt to keep cash flowing in businesses and companies.

The 0% short-term market interest rate, combined with the quantitative easing programs has increased the liquidity of national banks, resulting in lowered borrowing costs for them. This means that businesses and companies are able to borrow money, for very little cost.

Together, these two policies have let to what is called a clear stock market bubble. But how long can it be sustained, and when will it burst?

The Fed’s Money Policies and Impact on the Stock Market

In a true capitalist society, the best companies should be the ones who thrive, while the mediocre struggling businesses should shut down.

It’s based on a rewards merit system. You don’t make a profit—boom you’re gone. Society is all the better for it.

But with the Fed’s two favored money policies, the inevitable seems to have been delayed, for now. Their policy has turned the market upside down. Struggling and can’t pay your bills? No problem! The Feds have you covered!

These flexible money policies have allowed the floundering business to keep afloat. They have a constant source of cash, as banks lend to them in droves. Weak sales and a bad balance sheet? It doesn’t matter. A business can have an infinite source of funds, at low borrowing costs, for now.

It’s deceptive that because of this borrowed cash flow, these struggling companies can post stock market gains. These policies have led to frustration on the part of active investors who focus on the fundamentals.

In past years, only 21% of active mutual funds were able to exceed benchmarks, in the past five-year period.  Can it make sense when all stocks increase in worth, regardless of whether they’re good or bad?

For now, even bad companies can stay afloat. But what happens when the endless source of cash from the banks runs out?

Has the Fed Created an Imminent Stock Market Crash?

A stock market crash is in the making by banks willing to loan mediocre companies as much cash as they need. But for how long? At some point, even bank’s reserves will run low. 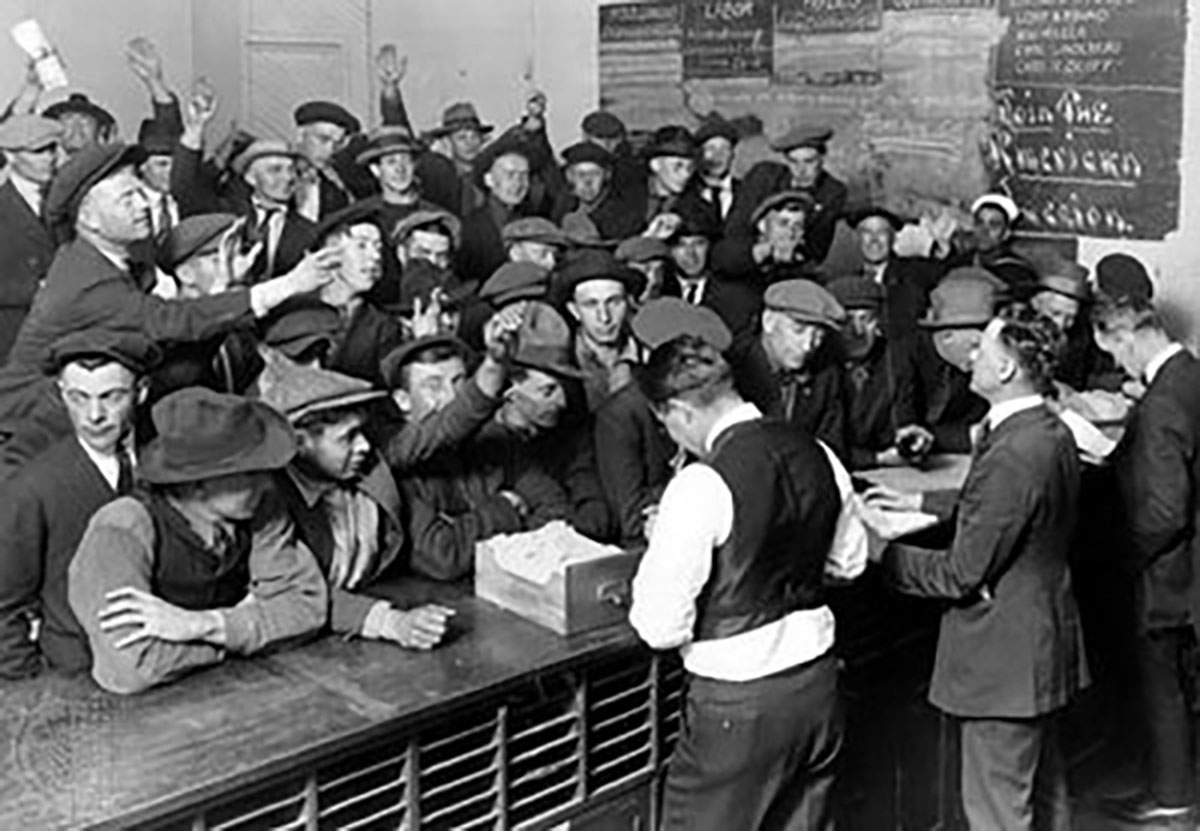 When companies no longer have a source to low interest rate financing, the six year stock bubble is going to crash, and it’s going to be loud.

Many companies will be in for a shock when their cash is taken away. They’ll have to learn fast to survive on their own, or they’re going to be declaring bankruptcy. After six year’s time, the stock market crash is coming. It’s just a matter of when.

Janet Yellen is the Federal Chair, and she announced this week that there are plans in the works to increase interest rates. Even a minute but gradual increase in interest rates can be enough to stall the stock market. It’s not currently known whether this will have a deleterious effect on borrowing businesses.

The last two times the stock bubble burst, it happened overnight. In both instances, the stock market collapse was devastating. When the tech bubble burst early in the millennium, the S&P 500—500 of the largest businesses on the NYSE and NASDAQ—lost 39% of their worth in only six month’s time.

Its happened before, and its going to happen again. Despite the warning, stock investors are in for a shock.

Can the Effects of a Stock Market Crash Be Lessened?

Since there is warning of an imminent stock market crash, it’s possible for investors to prepare.

Many of the stocks trading for high prices have an inner worth of very little money. It’s best to divest these funds before the stock bubble floats down.

Generally, stock markets rely on value investing, which has not been the case for the past six years. Usually quality companies are the ones who earn money, and not the floundering ones. But value investing can pay off over time. Even in the five year plan, a poorly performing stock may beat out their averages when measured over fifteen years. Companies that adopt a value investment strategy can take advantage of an actively managed fund.

Moving stocks from lofty ones to time-trusted ones can be a good plan. Gold has always been a wise investment choice, holding its own over the years. Yellen has stated that inflation will likely go in up the near future, which is one of the reasons why she wants to increase interest rates. Even during higher inflation, gold still holds its value.

Until the government decides to stop interfering with the market, there’s going to be widely fluctuating market swings. We can learn from past history by realizing that shortly after the bubble bursts, a stock market crash is just around the corner.